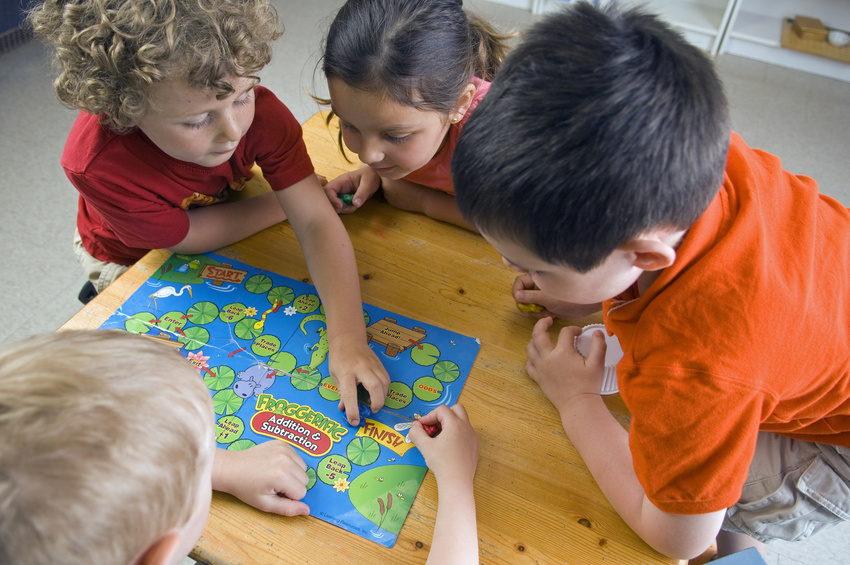 As parents, it’s natural — and expected — that you want the most for your child, including the chance to experience the best things in life, which includes access to highly quality education that can give them a head start to a successful, productive, and fulfilling life. Honestly, what parent wouldn’t want these beautiful things for their child? The only problem is, learning how to let go when the time is right. This difficult for any parent, regardless of age, or even species! After all, some animal species are far more overly protective than others, with mama bears being a prime example. But even they eventually have to let go and allow their little ones to spread their wings — or bear claws? — and enter the real world.

Of course for humans, things are a little different. Often times, the first time parents allow their children to spread their wings and fly away from safety of the nest at home is either daycare or preschool. Though this can be a difficult time for children, it can be especially difficult for parents. As such, it’s completely understandable as to why loving parents would have reservations about having another person — essentially a stranger — taking care of their child, let alone educating and influencing them.

Everyone has read or heard of horror stories in which parents send their child to daycare or preschool only to have them hurt in someway. Though these stories are rare, they are unfortunate nonetheless, are happen frequently enough to give parents reservations about sending their children out into the world. Whether your child is going to preschool, entering middle school for the first time, or is moving on up to high school, these transitions are often just as hard for parents as they are for children, if not harder. This is especially true for parents of preschool aged children, who often find this milestone difficult, and understandably so!

Perhaps one the greatest benefits of sending children to preschool is the opportunity it presents for both personal, emotional, and mental growth. This boost in development can help to set children up for a lifetime of success. For so many children, preschool is a child’s first time in structured setting that is outside of the home. This setting, which includes groups of other children and teachers, can help to create a foundation that encourages communication skills, self confidence, and opportunities to further develop their unique and individual personalities.

It doesn’t matter if it’s a trendy private school or a public school. Children that attend earl childhood education programs are more likely to do well in school and become student athletes, which in turn, helps them to become more well rounded individuals later in life. For example, did you know that children that attend early childhood education programs do up to 21% better on math and reading tests in kindergarten compared to children who didn’t? This trend can and does continue throughout the child’s formal education, creating a pattern of success that sets them up for the future.

Aside from a head start in terms of education, preschool can also give children a head start for emotional and social development. Emotional and social intelligence are extremely important, and it’s never too early to help children learn and master these skills that will be used everyday later in their life. Attending an pre kindergarten program allows children to learn how to trust safe adults, such as teachers, while forming close bonds with children in their age group. It creates a certain level of consistency in life of the child, allowing them to feel cared for both their parents and their educators as well as their peers.

Everyone understands that being a parent is the toughest job on the planet. Sending your children to pre kindergarten can make it a little easier.